A Report from the Field 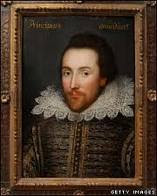 We are thankful and proud to have had Helen Wilson as one of our summer interns.
She is studying with Professor Philip Davis at the University of Liverpool. Davis is famous for among other accomplishments his work on the Shakespeared-Brain. An amazing study that shows the brain's response to the use of the grammatical technique of the "functional shift."

We believe the principle explored in Davis' research can be extrapolated to other poetic techniques such as metaphor, simile, and image and accounts in part for the powerful response we see in people living with Alzheimer's disease to poetry. That is the anecdotal observations we see as increased facial expression, smiling, and verbal social engagement are tied to the increase in synaptic activity shown when the brain encounters this creative and unusual use of language.


Here is Helen's account of participating in the Alzheimer's Poetry Project this summer.

Everyday buses lurch, the subway rattles on its tracks and cars jam against one another in the throbbing heat of the summer commute. New York is undeniably a place movement, desirable for some, unavoidable for others. There are those, however, for which the heavy pace of the day to day passes them by entirely; office chairs are replaced with recliners, computer screens with that of the television and the heavy noise that otherwise rims this city with a quiet broken perhaps only by the assertions of an overhead speaker.

A dreary life? No, not necessarily. One different to that generally recognized as ‘New York’? Certainly. The inhabitants of Amber Court Residential Home are such as this. With a population of elderly residents at differing stages of the condition Alzheimer’s, this is not a group I anticipate as one of lively interaction and enthusiastic engagement. This is set to change.

When asked to read Shakespeare’s Sonnet 18 to the group my first reaction is one of apprehension, reading poetry aloud being something I have never felt entirely comfortable with; partly the remains of shyer younger years and partly a reluctance to share that which sits closest to my heart with a public audience. A previously fumbled reading has left me a little more apprehensive than normal and today I am especially glad of Gary’s optimistic and energetic introductions.

We begin the session and the apparent simplicity of the first poem’s first line ‘Pan es Pan’ belies its power in waking up this audience; previously bent heads begin to rise, formally stilled mouths move along in time and there really is no better way to understand this ditcho than by the smiles that start to appear around the room on its conclusion. In a later session, one resident, apparently disengaged from the entire activity, is roused from his silence with careful questioning, to the point where, reluctant to be held back from participation any longer, he takes the sheet to read the poem aloud himself. We later learn that such an outcome was beyond the imaginings of those caring for this man.

The irrepressible spirit of a woman in her eighties is communicated when she spontaneously delivers a saucy alternative to The Purple Cow", a move that has much of the room laughing with her by the end. The mood transforms from one of at best sedate, at worst dull, to one of play and mischief, I guess what one might call ‘fun’; not something instantly associated with elderly care.

Once the interest of the group is sparked, and the focus maintained, I am introduced and take my place in front of this now receptive crowd. On beginning to read I realize that what I am keenest to communicate is not the clarity of the words as such, but what they strive to find; the feeling, or truth, beneath. It is in looking into the faces of those so different to mine that the line ‘And thy eternal summer shall not fade’ takes on a new resonance; the context of age and decline becomes an asset rather than a hindrance, as that celebrated in the vital insistence of these words – the eternality of shared human experience that goes beyond the individual human life – begins to voice itself afresh.

It is in this moment that I cannot help but realize that in keeping poetry ‘to myself’, in surreptitious private readings has been, for so many years, to miss the point entirely, as it is only in sharing the contents of one heart that we can hope to move others. This was not perhaps what I expected to learn from this internship, thinking myself there to bring the residents out from the shell of their condition, rather than to move out from underneath my own. A better and more valuable lesson would have been hard to come by; as those sleeping minds reawakened to Shakespeare’s distilled and eternal truth, so did mine in a mutual understanding that overcame illness, cultural difference and age. The capacity for literature to bring us all back to the real nature of shared life, so easily forgotten in traffic jams or breakfast queues, is something that the Alzheimer’s Poetry Project is proving impossible to deny.

Shall I compare thee to a summer's day?
Thou art more lovely and more temperate:
Rough winds do shake the darling buds of May,
And summer's lease hath all too short a date:
Sometime too hot the eye of heaven shines,
And often is his gold complexion dimm'd;
And every fair from fair sometime declines,
By chance or nature's changing course untrimm'd;
But thy eternal summer shall not fade
Nor lose possession of that fair thou owest;
Nor shall Death brag thou wander'st in his shade,
When in eternal lines to time thou growest:
So long as men can breathe or eyes can see,
So long lives this and this gives life to thee.

Ever wonder what Shakespeare really looked like? Check out this article from last March on the Cobbe painting of Shakespeare.
Posted by Gary Glazner at 12:02 PM