New York Times Review of Needham's "When We Forget"

Allan Kozinn describes the piece as "...stunning," and that the"...brilliantly orchestrated score is both dreamy and harrowing.

Here is a link to the review of Clint Needham's piece, "When We Forget," in the New York Times.

Many thanks to Needham for including my poem, "We Are Forget," which he says inspired the piece for including the poem in the Carnegie Hall program. It was really fun looking around the hall as people read their programs and imaging them reading the poem! I have included the poem and a link to Needham's story in a post below.
Posted by Gary Glazner at 8:26 AM No comments:

For My Father, With Alzheimer's

For My Father, With Alzheimer's
Jeanne Marie Spicuzza

Just because you can’t remember
you wanted two children
and I was the third.

Doesn’t mean you have forgotten
I watched you fix the vacuum
and paint the pier.

Just because you can’t remember
I wore the same striped shirt as yours
and you were my hero.

I caught the last fly ball of the season.
We went to Dairy Queen
for hot fudge sundaes.

It meant a lot ‘cause
you were principled
but you were stingy.

Just because you can’t remember
after Mom died, you became generous.
You felt so guilty.

Doesn’t mean you have forgotten
you slept next to her clothes
and never married again.

feed the cat
take your insulin
or go to the bathroom,

doesn’t mean you have forgotten
that you are my father.
And I love you.

Your Alzheimer’s may take
your body, mind
and memories.

But your heart
lives on
in me.

Do not be afraid
of the dark place
where things wither.

I will not forget.
I will remain and remember
for both of us.


This poem was written for Robert Alan Spicuzza by a friend from the early days of the Poetry Slam. We met back in the day in Milwaukee and it is an pleasure to include her work here. More info on Spicuzza and her work at Seasons & a Muse, Inc

Jeanne Marie Spicuzza is a writer, actress, film producer and master herbalist, and the founder and CEO of Seasons & a Muse, Inc., a seven division arts and entertainment cooperative corporation. She is published in Shepherd Express, Poetry Motel, Poetic Diversity, Blue Fifth Review, Quill & Parchment and others. She has featured on radio, television and film like NPR, BBC, Lifetime Television and more. The recipient and nominee of several prestigious awards, including the Shepherd Express Performance Artist of the Year, the Golden Headset Award and the Academy of Motion Picture Arts and Sciences Nicholl Fellowship Award, Jeanne Marie performs internationally. She is currently in active development of five independent motion pictures.
Posted by Gary Glazner at 8:09 AM No comments:

Thrilled to announce this Saturday, March 24th at 7pm at Carnegie Hall is the world premier of "When We Forget," by the composer Clint Needham which was inspired by my poem, "We Are Forget." You may hear part of the composition at: Dementia Weekly Blog

Needham writes about his experience as a father of twins leading him to think about memories of their lives and how that led him to research memory. During his research he came on the Alzheimer's Poetry Project website and my poem, "We Are Forget," which he generously credits as his inspiration. I was knocked out when he wrote me a few months ago to tell me about the composition.

The piece was commissioned by the Orpheus Chamber Orchestra more on them at:http://www.orpheusnyc.com/about.html

We Are Forget
Gary Glazner

We are the words we have forgotten.
We are shifting and pacing.
We wrote this poem.
It’s a pretty poem.
Can you bake a cherry pie?
Never more, never more.
We have no horizon.
We don’t recall washing or eating
or what you just said.
Ask me my name.
Ask me if I have children?
You’re a pretty lady.
You have beautiful eyes.
Wash me, put me to bed clean,
hold me as I fall asleep.
Give me a kiss, brush my hair.
You are my daughter?
Light washing over us moment, moment.
You’re a handsome man.
Our hand writing is beautiful
twists and loops of letters
we can’t remember our hands.
Our ears are wishful
we can’t remember our ears.
We can speak every language,
we can’t remember our mouths.
We are porous.
We are the past.
We are forget.
Posted by Gary Glazner at 5:44 PM 1 comment:

Searching For Cecy by Judy Prescott 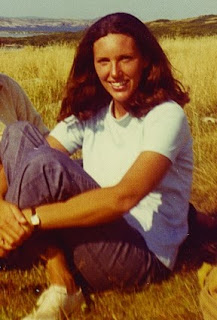 What a pleasure it was to learn of Judy Prescott's poetry written in tribute to her mother Cecy. The new book by the poet and actress is illustrated with gorgeous artwork by members of Cecy's family. Prescott's poetry is powerful and a touchstone for anyone who has a loved one navigating memory loss. What I want to say is while the book brings tears it also brings hope. More on Prescott and Searching for Cecy below.

Excerpt from the book’s introduction —

“I have learned to quietly step into Cecy’s world, leaving all of our shared history behind me. Every moment with my mother is entirely new…there is no before or after. She remains a scintillating, funny woman who is a pleasure to spend time with.

My mother took a great interest in my poetry and helped me to edit my work. An English major who could do the Sunday New York Times crossword puzzle in an hour, she was no slouch with words. She often asked why I never wrote about her. I told her to be careful what she wished for and ironically, she won out in the end.”

Sometimes it’s better to loosen
the spring line
and let her
float away.

If the storm is that great,
why keep her tethered,
battering herself to pieces
at the dock?

Let her go.
Watch her float peacefully away
under a grey and turbulent sky.

A last grand sail into
whatever lies beyond.

A graceful exit from all things
measured and charted.

Beautiful ketch,
I release you.

Judy Prescott, born in Mountain Lakes, New Jersey, has spent the past twenty-five years working as a professional actress. Based in both New York City and Los Angeles, she has performed many roles on stage and screen. Her most recent work includes episodes of True Blood, Grey’s Anatomy, Cold Case, Bones, and the films Islander and Hit and Runway.

A percentage of the proceeds from the sale of this book will be donated to the Alzheimer’s Association, Maine Chapter. More than 37,000 Mainers are currently living with Alzheimer’s disease, and nearly 150,000 friends and family members provide unpaid care for them.
Posted by Gary Glazner at 9:19 AM No comments: